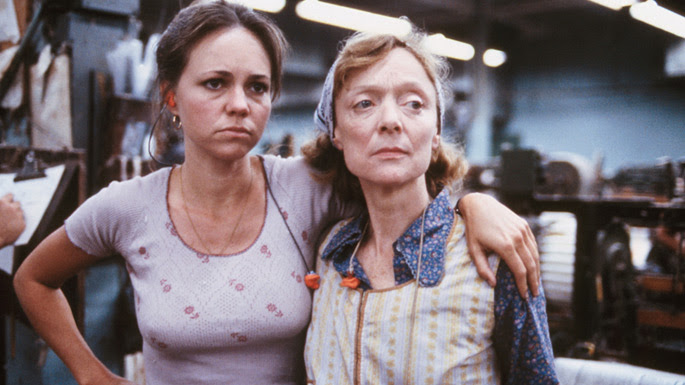 DATELINE: NOT LEAVING ON A JET PLANE – Republican/Conservative: When the hell did that come to mean that, at the cost of everything else, the right of a business owner to make money and the need for me to shove my moral and religious values on you, trump everything else? How did it go from being for less government involvement and more opportunity for everyone to have that great dream of a better life, to let’s fuck over the workers, the unions, and while we are at it, the women as well? When did it become about everyone having to pray to one god, that god being the almighty dollar, under the guise of one christian Deity?

Imagine a world with no labor unions. Seriously, try to think back to when a man could own a flourishing company, rake in money, pay slave wages, offer no benefits and keep getting richer by the day while the people who kept him where he was, those who provided the sweat, who went hungry, who were horribly abused, got nothing. Remember those days when the guys who owned the companies did their damnedest to also own the government, so that the laws could always go in their favor, knowing that politicians are more than willing to take money for their campaign funds, their household funds, or their fun funds. What a great world! The politicians are happy and rich. The big business guy is happy and rich… oh, wait! You don’t need to imagine! Lucky enough there are plenty of third-world models for this delightful lifestyle. Soon enough, we will be fully entrenched in this lifestyle again, if we aren’t already.

Those with the money are continuing to rake it in while those who are working their asses off are finding less in their envelope, fewer benefits, and absolutely no loyalty or respect. Is it really so hard to at least respect the people who work every god damned day for you, doing a long honest day’s work? On the good side, what do they need holidays for anyways? It’s not like they can go anywhere or do anything any more. Those businesses that are not unionized have been taking great advantage of the economic climate, seeing it as an opportunity to totally fuck their staff, resorting gladly to that ‘if you don’t like it, go get a job somewhere else’ line of thought. Those that are unionized are learning, with the government firmly in their employers pocket, their right to collective bargain no longer exists.

I am not, and I have never been, a great advocate for labor unrest. I hate that a group of people can take the entire public hostage while they feather their own nests, demand absolutely disgusting increases and benefits, retirement packages and job security that will mean they can’t get fired no matter what they do or don’t do. In part, the unions have earned a bit of the shit smell they wear, because many times, with the threat of labor disruption, they held their employers over a barrel while demanding, and eventually receiving, what in essence were perverse contracts that certainly did their share to fuck up the balance of the economy as well. It would be a wonderful world if we didn’t need the unions, if employers would treat their staff fairly, with respect, and consideration. It’s totally fucking nuts that they don’t, but the lure of that shiny gold coin has our resident business moguls unable to see the forest for the trees. No, they should not have to accept or pay for a consistently poor performance by an employee. They should, however, realize that there is very little they can produce that is not intended, at some point along the way, for public consumption. Therefore, it should behove them to know they will sell more of whatever they create if there are people making money enough to buy it.

Yes, it pisses me off to see some people in some unions, especially in the public sector, going year after year, daily fucking the dog at my expense… and yes, it happens, all too often. It pisses me off that because of a possible labor dispute that does not involve me, my life is still fucked up and I am out of pocket for something that is now denied to me because of labor disruption. No, the unions should not hold us hostage, but more to the point, the fucking employers should not be so fucking dickheaded as to cause that to happen. No, I don’t think that, in this economy, it is a good idea to demand double-digit wage increases, when the rest of the non-unionized sector is getting fucked in the ear with roll-backs, fewer benefits and the need to pray every fucking night that they will still have a job in the morning, even though they work their asses off every day on that job. I think its insulting. Even more reprehensible is that companies who are still making profits, (or would be if they weren’t so fucking mismanaged while still offering those mismanagers their obscene fucking bonuses for not doing a god damned thing) are taking advantage yet again of the economy and their employees, and fucking them in the ear where pay is concerned. Too many of them are sitting on their cash, hoarding it for themselves, and not realizing that by doing so, they are at the same time fucking themselves.

At one time, to be Republican or Conservative, meant that you embraced a fair work environment that offered the chance for ALL to prosper without the government having to interfere. Government had no business in the business of business. There would be no need for social programs (sic handouts) if everyone was working and earning their way. Now that isn’t possible, and it won’t be until big business pulls their heads out of their asses. Now, to be Republican or Conservative, means that even paying a fair wage is looked on as a handout, and they don’t do handouts. They find ways to minimalize the public, the worker, the regular guy. He is but a means to an end for them, the end being a well-lined pocket at any expense. The big businesses can and do have the ability to turn the economy around, but with the help of a political faction that HATES the worker, and political rhetoric that does nothing to support the needs of the worker or the plight of the worker, what is to be expected. We will just take those massive strides back to the days of Dickens, and hope for a new Norma Rae to come along and save our sorry asses. Maybe it is time for the unions to do what has to be done, for the sake of everyone who has to earn a paycheque out there. It’s obvious the Republicans/Conservatives won’t. They are too busy allowing the business to fuck their staff, while they tell us who, how and why the rest of us will be allowed to fuck at all.
Posted by Bambi at 8:51 AM No comments: