The names are being read. The final text messages from people trapped in a nightclub are being made public. This is what happens after a mass murder… and once again, I find myself sitting back as a mother, aching inside for what the families and loved ones of these victims are feeling. With Sandy Hook, I was heartbroken for those victims, for their families and for society. That has been my response to most of these shootings… because honestly they all start to blend into one for the observer. How very sad is that. Most of those shootings/bombings were carried out by very disturbed, misguided people who had access to guns. They were done by men filled with rage, misplaced rage.

This shooting made me mad. Actually, ‘mad’ doesn’t come close to what I felt inside that first day. Yes, this was again someone who clearly had mental health issues, but it was the result of absolute hate. This hate, over the last six months, has moved from the back burner where it has been smoldering for the last decades. Newly unleashed by political and religious machines, hate is modeled every damned day for us on television. Religious people stand on their pulpits decrying women, calling for the execution of gay people, damning and instilling abject fear of those who practice other religions. They demand freedom of speech, freedom to practice their religion, but they refuse to respect those rights in others. How can you preach the word of any God while not modeling respect for others… all others?

We have political people, screaming about the need to control women and what they do. They cheer when people are thrown out of rallies. They make open, blatant statements of what is wrong with other people, while offering absolutely no solutions to help anyone. They hide their nefarious activities required to do whatever they have to in order to obtain and/or maintain their position of authority. They have sprinkled water and a whole lot of fertilizer on those little seeds of hate, saying that it is okay to harbor that hate, and to act on it in whatever way necessary. Ask any child. They see this on television – the bigotry, the hate, the thuggery… and the fact that respect has been lost for all. 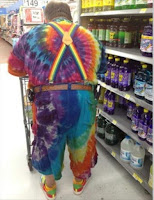 Websites make hobbies out of shaming people. We laugh at the pictures of the poor people shopping at WalMart, and their less than fortunate choice of clothes, but we don’t stop to think that these people have no choice but to shop at WalMart, that they are for the most part the disenfranchised of society, and that they are forced to shop at a place that prides itself in paying such low wages, their own employees have to live on handouts from others. Yet this is okay? They are a good corporate citizen? Do these religious and political leaders give a damn about these people? There is no respect shown for the employees there, or for the people who shop there. They are less fortunate than we are; it sucks to be them.

How can we be surprised that a white boy can rape a young woman and, because of his whiteness, his athleticism, and his clean-cut appearance he gets nothing more than a slap on the wrist – then has the audacity to complain about his sentence. (Yeah, it’s the last part that really gets to me – the plea for pity for his misguided ’20 minutes of action.) If he had been black, or poor, or Muslim, would he have gotten that same sentence? Fuck no. Not a chance. Rape is about control, about power, authority at any cost… and is a lifelong sentence to the victim. When are we going to respect the victims enough to stop making it about them, and start to focus on the rapist? When are we going to start looking at the disparity in a system that treats white different than black, rich different than poor, Christian different than Muslim?

How can we be surprised when a young man goes into a club that he had frequented himself for some time, pulls out a gun and opens fire, killing 50 people, injuring 53 more, shattering countless thousands of lives? You cannot turn on the television anymore without someone telling you who to hate and why. Now they want this act to be considered religious terrorism because the man screamed out religious phrases as he carried out this heinous act. Lemme ask you this. If he had been Christian and was quoting Leviticus at the time of the shooting, would people still be calling for it to be a religious terrorist attack? They should. I would like to think they would, but I know better. If this slaughter had been done by a right-wing fundamentalist Christian, his religion would not be an issue. 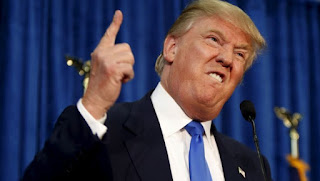 The day after the shooting, after the anger had waned, I felt nothing. My soul felt like scorched earth, because something more happened this weekend. Like Brock Turner last week, like the San Bernardino shootings before, and Sandy Hook before that, and Columbine before that, the interest will fade. Politicians will block bills to make changes. Mental health issues will still be ignored. Donald Trump will still exude hate and bullying. Hillary Clinton will still defend her right to destroy government emails. The GOP will continue wringing their hands at the clusterfuck of a mess they have now found themselves with their extremist sellouts and because they chose to dance with the devil to make some points over the last 8 years. The Democrats will continue to play games with primary results and their convention in their determination to ensure that Hillary is on the ticket. Gay people will quietly step back, many of them looking at that closet door and wondering if that isn’t the wiser choice. Mothers will send their babies, be they 5 or 25, out the door, never to see them again because some other person with some other gun has been listening to the hate-filled, take no prisoners rhetoric that is spewed every day by religious, political and pundit figures.

I am devoid of feeling, because we have long passed the tipping point, and that realization has nestled in my heart. There is one thing… one thing only… that is needed to fix all of this. It sounds so simple. It should be simple, but apparently it is unattainable. That one thing is respect. We need to show respect for others, for their political beliefs, their religion, their sexual choices, their life choices, and their problems. We need to start to take ownership of our global community, and that requires us to accept and respect each and every one of us. If you want freedom of religion, then you must allow others to enjoy that same freedom even if you do not share the same religious tenets. If you want to lead the country, you must show respect for the people you wish to lead – ALL of them. If you want to cover the news, you should do so respectfully, with balance and without agenda. Regardless of color, religion, mental capacity, physical ability, race, or sexual orientation, it all comes back to one simple little thing: treat others as you wish to be treated. Walk a few steps in someone else’s shoes before you belittle them. Remove the excuses for hate. 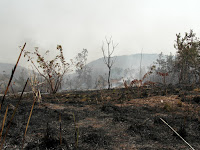 I am scorched earth… because no one is addressing the elephant in the room. The shooting in Orlando was a hate crime. It was not ISIS. It was not Muslim terrorist. It was a man who was Muslim who hated gay people. His hatred could have been based on his religion. It could have been triggered by the MANY Christian leaders who spew the same hate from their pulpits every week. The religious aspect is nothing more than an excuse to keep us from talking about the reality. Hate runs rampant; respect for others is gone. By all means, fly your flags, light up your buildings, change your profile photos to show solidarity, but please, this time, do not let it stop there.
Posted by Bambi at 11:59 AM 2 comments: