DATELINE: ALONG THE NORTHERN GATEWAY PIPELINE ROUTE, DROWNING IN DILBIT -- It is hard to believe that this is possible, but then again, we are living in the world of Stephen Harper, so nothing should amaze us anymore. The federal government has approved Enbridge's Northern Gateway pipeline. It's amazing how easily bought politicians can be when there is big oil money on the table. 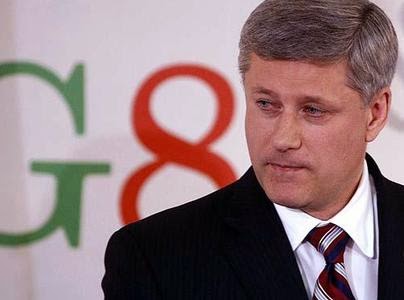 Let's play a game. Let's say we all live in the Mount Royal area of Calgary -- we all come from old money and live in big houses. It's a great life. We have beautiful parks to play in, we spend hours soaking up the sun, we live the high life with everything we want right within our grasp. We are in paradise.

Then one day one of us discovers that by opening up one of the parks -- just one of them -- so that the local sewage rises in great bubbling delight, easily accessible and available to all of us, he can solve all the world's problems. This one person tells us that they have made a startling discovery -- he has learned how to turn this effluent into food that he can then export to all the starving people of the world. It will be a wonderful thing, because it will create jobs because other people will want to learn how we do it. It will boost the economy, put the people who aren't working into gainful employment, and will fill an international need for jobs and food.

None of the rest of us are totally pleased about the smelly mess, and many of us have our doubts about what this might precipitate, but it fills needs, so it must be a good idea... plus we can all make a little coin in the process. We learn that there is a flaw in the plan -- that the bacteria found in the effluent isn't totally removed from the finished product, but we tell ourselves 'what's a little bacteria in the grand scheme of things' and continue to act like this is a wonderful plan. The money we're making proves that.

We then discover that the effluent, while in a quasi-liquid state, won't move down the pipelines we have built, because it is just too thick and sticky, so we add some chemicals to it -- some naptha, perhaps some of the chemicals and ingredients used to help get the effluent from the ground, like arsenic and strychnine, but we really aren't allowed to know what exactly is used to help make the effluent flow. We see evidence of how it eats through the metal of the pipelines, but we tell ourselves that's just the cost of doing business, and when it lands on the ground at one of the spills, we pretend that it really isn't such a big deal, even though those things added to it to make it flow (and that eat the walls of the pipeline) have now contaminated the land, the water and the air all around the spill. It really isn't our concern that no one knows for sure how to stop the leaks, especially when they happen under water, or how to clean up the mess so that the land and water can be reclaimed. After all, it's not in our backyard, and we still have water and food to eat... and money still rolling in. Secretly, though, we shudder at the realization that the bacteria-filled effluent is now being used to water the crops and livestock in the area so they too will be contaminated from it, because the people who live there have no idea what they are doing, and if they do, they have no options because there is no other source of water.

People along these pipelines start to get sick. They get aggressive cancers and ulcers. They find it hard to breathe and they bleed when they go to the bathroom. They can see effluent in their water, but still they are told that it's not a problem -- they just have to trust us, because we would never lie to them, especially while we are still raking in the money. Scientists and medical specialists start to point to the effluent, saying that it is making us sick, so we make laws that say they cannot speak about it anymore... because the money is now flowing like never before, and we have actually convinced people that they NEED our effluent. They WANT it, both the money from it and the jobs it will create to put the pipelines through their towns, because there is really no other source of food for anyone. They have heard the stories about the heinous diseases and sickness associated with it. They have heard about the waterways that are destroyed, and the wildlife and plant life destroyed, about the homes that are inhabitable and standing empty for years because no one can return there; the air, like the water and the land, is toxic from all the things put in the effluent to help it flow down the pipelines. None of that matters, though. They have been told they need this, that this is the holy grail for society, that with this pipeline all their worries and needs will be solved and they too will live in paradise.

If this was a children's story, it would be totally unbelievable. A child would laugh at the stupidity of it, mocking the possibility that people would actually allow something like this to happen. These are educated people, smart people, who plead for shit to be pumped over their land, spilled on their land, and injected under their land. There is unrefuted evidence that the chemical cocktails used to extract and to move this shit cause cancer and cause death and destruction to people, plants and animals, and that it makes the water completely undrinkable, yet they still want it. They have evidence that the scientific community and the medical community have been legally silenced, and that the exact details of what is in the chemical cocktails are kept secret by law to protect the companies making them... yet they still want it. They logically know that the huge number of jobs is a gross misrepresentation, that the jobs will be there for one year, or at the most two, then will be gone because once the pipeline is built, there is no need to build any more... yet they choose to ignore this fact as well, because the shit is manna from heaven.

Yes, I drive a car. If I could buy one that ran on something other than gas, I would. As it is, my vehicle is parked 27 days out of the month. Yes, I know that we need oil for plastics and manufacturing, and we probably always will need oil, but there are safer, better, cleaner ways of getting it, and we all know that. There are incredibly innovative programs and plans, some proven and in use already, but we all want one solution that is 'easy'. Wind generators are ugly (but greasy smelly oil derricks are not?) and they don't work where there isn't wind (well, duh) so they are no good. Scrap that plan. Solar energy is good, but expensive (how much do you think the pipelines, the tar sands and all that goes along with it costs?) and won't work where there is limited sun, like in the north, so let's scrap that entirely as well. Sadly, this innovation and research would put many more people to work, for a lot longer, than any pipeline will, but we don't want to see that either. I suppose it doesn't really matter anymore, though. We have come so far, and are so hoodwinked by politicians and their campaign-funding oil chroneys, that the damage is done.

It is a very sad day when the government of a country sells out it's people. it's health, it's food supply, it's water and it's ethics for the sake of a pipeline that has been decried by experts in every field, from around the world, as a disastrous project.

My friends in the United States, please please please understand that it is NOT oil that will be pumped down those pipelines. It is NOT crude. It is dilbit, a cocktail concoction that eats at pipelines, that cannot be contained when spilled, that cannot be stopped once it is in water or land or the air (the chemicals, when a leak occurs, leach into the air making it toxic). Spend some time looking at the dilbit disaster that is still ongoing in Kalamazoo four years, and $1B after the fact. Understand that the driving force behind the politicians and the oil companies is that they are making not millions, not billions, but trillions of dollars while you are taking ALL the risk as their poison, their shit, moves across your land. Please take some time to learn about what is involved with this process, and what harm it does, and what jobs it will truly create. Weigh their gain against your loss. Research the number of leaks that have occurred in these pipelines, and the damage done -- you will be amazed at what you have not been told, and at the lack of commitment and honesty shown by the oil companies, especially when money is on the table. You still have time... not a lot, but enough that you can stop this stupidity from going any further into your country. Canada once was a paradise. Don't destroy yours as we are so intent on destroying ours. Don't risk another dance with this devil.