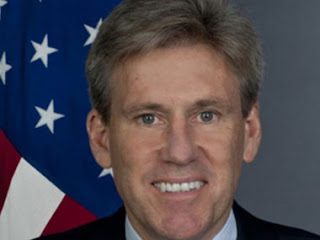 DATELINE: STANDING TALL, WAITING FOR THE LIGHTNING BOLT – Or the storming of rabid religious zealots ready to kill me because of what I say about religion. I am not editorializing about God, Allah, Jesus, Mohammad, Buddha, or any other diety. I am talking about those rabid irrational morons who believe that THEIR opinion of THEIR god supersedes every other, to the point where in their infinitesimal, moronic, questionably-existing brains, it somehow justifies killing someone else.

I don’t question God or His existence in any way whatsoever, in any form that he might take. I admire those who live their lives in a manner that respects others and themselves, where they treat others as they wish to be treated, because that is what all of these Gods have said in all their holy books. If a person finds strength in their God, all the more power to them. If they find comfort in the sense of not being alone, that’s wonderful.

However, when the bullshit dogma of the various religions, dogma that is intended to keep people ‘in line’ through fear of damnation or bribery of virgins, is something completely different, and is what causes the vast majority of the problems encountered in society, here and abroad. At what point do these morons wake up and realize that their God, in preaching tolerance, respect and love, did NOT intend for those guidelines to result in murders of millions of people over the last two thousand years. We blame God for war... wake up, idiots. It’s us to blame. Don’t cherrypick what your God is telling you.

So on the anniversary of 9-11, in what will without doubt be found to be planned attacks, two US embassies were mobbed, and four men were killed. They were killed because someone made a movie that didn’t look on religion ‘appropriately’. Does no one else see the fucking irony in here? They are so rabid about their adoration of their god, that they disregard one of the basic tenets of all religions – don’t kill. Let me say this again – because of a MOVIE, people deserved to be murdered. The Ambassador had nothing to do with the movie; nor did the other three men who were brutally attacked, but what the hell... it’s all in the name of God/Allah and religion.

To add to the absolute idiocy of this situation, the leader of the GOP responded to a statement that was never made by the sitting president, immediately on the scavenge for political points... political points that are bathed in the blood of innocent American citizens who were serving the US people overseas. Let’s add more emotion, more raving raging stupidity and anger to the situation, because that has worked so well. Scavenge? Hell yes, he swooped in like a vulture ready to pick on the bones of the victims. Political points? Yes, that was all it was about and there is nothing more fucking sacred than those... even if they are based on something that doesn’t exist. This is what you want for a leader? Seriously? Let’s push that button based on an invisible tweet, or a statement that never happened, when the attention should be on sorting out what happened, why, how to protect others... it wasn’t like the US government didn’t have things to do last night, other than be distracted by more Romney stupidity. There is a time for spewed political rhetoric and a time for cool, responsible examination and reaction – Romney, his first time out the potential gate, opted for spewed political rhetoric – and shame on him for that. A considered response is NOT a sign of weakness... the stakes are a bit too high for someone to shoot from the lip before having a fucking clue about what is going on. For once, it might be nice to see politicians doing their jobs instead of working to be re-elected – the only thing they seem concerned about doing anymore, starting about 10 minutes after each election.

The Holocaust was the result, in part, to religious intolerance and hate. The 9-11 attacks were about religious intolerance and hate. In the name of religion, people of the middle east are oppressed, controlled, abused. At what point do we say ‘enough’? It is not ‘showing weakness’ to not jump on the condemnation bus before you know the details. A united front would go so much further to stop the bullshit and cut off the media these terrorist thugs thrive on. This is not the time for political rivals to be taking stupid shots at each other, and this is not the time for the media to be sharing heartbreaking pictures of the Ambassadors last minutes.

Religion has a place in our society. Government has a required place in our society. The two have no business being bed-partners. The inclusion of religion in government creates an instant conflict of interest, inserts emotion where it is neither needed nor wanted. Celebrate your religion – YOUR religion. Understand that the basic tenants of religion are tolerance, respect and love – then try to actually apply those ideals to those of other religions. Can you imagine what a great fucking world it would be once that happens?

My sympathy, prayers and appreciation are extended to Ambassador Chris Stevens, Sean Smith, and the two security officers who gave their lives in the service of their country, as well as their friends and family.