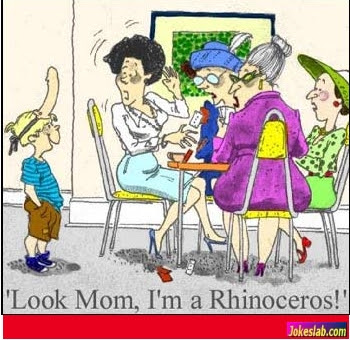 DATELINE: LIVING WHERE A CHILD’S LIFE IS WORTH NOTHING MORE THAN A SLAP ON THE WRIST – In 2003, two-year-old Emmily Mendieta was beaten to the point of going into convulsions. Her body was covered with bruises when she arrived at Toronto’s Hospital for Sick Children. After ten agonizing days, she died. Yesterday, her mother, Erika Mendieta, now 34, was found guilty of the death and was sentenced to… wait for it… six years. It gets better though… because she served some time in the slammer before her conviction, she will only have to serve four years and nine months. Let me repeat this for those, like the ones in the fucking legal system here, who did not understand… this woman beat her own child to death nine years ago. For starters what the hell is going on that it takes nine fucking years for this shit to be dealt with, but that concern is really minor compared to the fact that SHE BEAT HER OWN CHILD TO DEATH. Did she then stand there, beside the bed in the children’s hospital, weeping pitifully and wringing her hands as she watch, for ten days, as her child suffered and died? There is absolutely NO excuse for a woman to kill her own child, to beat her child, to make her child suffer. For her to get 6 years is absolutely fucking criminal. If she had been the father of the child, would she have gotten a harsher sentence? People, she beat her child to death. She should never see the light of fucking day again, should never have access to children again. I have no idea how the hell fucking judges are able to sleep at night.

DATELINE: BEING GUTLESS FUCKING COWARDS HIDING BEHIND THE FIRST AMENDMENT – In keeping with the themes of assholes on the bench and dildos in the spotlight, enter Fred Phelps, leader of the Westboro Baptist Church. This would be that colossal fuck-head who believes it is his god-given right to use other’s grief as a stage for his own hate-mongering diatribes. In its case before the Supreme Court, the church argued they had the right of freedom of speech to promote their ‘broad-based message on public matters’. This apparently gives them the right to attend private funerals for soldiers and scream about ridding the world of homosexuals. This gives them the right to threaten to attend the funeral of a little girl, the victim of an Arizona gunman, because her family was Catholic and apparently, according to Phelps, God does not like Catholics. Fred Phelps and his band of assholes harass and inflict extreme emotional distress on families, but that’s okay… they have the right to do that. Carrying signs that spew such crap as “Thank God for dead soldiers”, “God blew up the troops” and “AIDS cures fags” is perfectly within their right. Now that the WBC has been given this official blessing, they have vowed to be much more active, conducting more pickets at more funerals. It should be noted that the reason they target specifically soldiers is because the soldiers ‘deserve to die’ because they fight for a country that tolerates homosexuality. They dare to target those who unconditionally put their lives on the line to provide a blanket of security and protection – they are vile, despicable people who don’t understand that rights are actually nothing more than hard-fought, hard-one privileges that Fred Phelps and his ilk do not deserve. Would their actions be less tolerated though, if they were opposed to their country tolerating Semitism or Integration of the races instead of homosexuality? Discrimination and hate monger should not be tolerated on any level, and I am sorry, but that is all that Fred Phelps and his ‘church’ are about.

DATELINE: CORNWALL, WHERE APPARENTLY ABSOLUTELY ANYTHING IS FUCKING NEWS – Darrell Duffill, 54, shot a donkey named Claude in the head with an air rifle, because he was mad at his sister and he had down half a bottle of rum. Yes, this was fucking news on the BBC. Claude was ten years old. We do not know if Claude was perhaps sleeping with Darrell’s wife, which admittedly could cause some consternation for a bloke, knowing that donkeys are, apparently, hung like horses. We do not know if perhaps Claude was cheating on him with some other farmer. There is nothing here but a dead fucking donkey being news. We are left to assume that Claude was very very special, perhaps The Donkey with the Golden Dong. Oh to live if fucking Cornwall.

DATELINE: GOING HUNTING WITH .22CAL CHOCOLATE – Ever wonder about that perfect gift to give the insane, maniacal gun fanatic in your family? Looking for that perfect Tony Soprano mobster friend valentines present? Thanks to good friend Mariah, we have been alerted to ChocolateAmmo.com, a website that offers a ‘complete arsenal of edible weaponry for those special occasions’. They have shotgun shells filled with peanut butter and a choco-glock gun, the perfect compliments to the chocolate hand grenade. Nothing like sending a cholesterol bullet straight to the heart, signed with love. Is there really a special occasion that would benefit from fucking chocolate guns? I have no idea who thinks of this crap, but seriously, I am glad they don’t live in my god damned neighborhood (although up here, I have no doubt they would have to be properly and legally registered, and purchased with the appropriate fucking Firearms Acquisition Certificate). Thanks, Mariah! I will sleep better, now that I have that chocolate mess under my pillow ;).
Posted by Bambi at 7:26 AM