GETTING A WORKPLACE REALITY CHECK 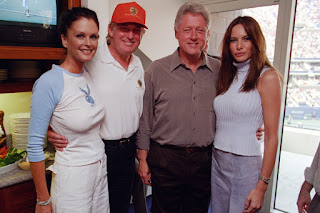 DATELINE: GETTING A WORKPLACE REALITY CHECK – After days of watching news coverage of the election campaign for the leader of the most powerful country in the world, I can no longer sit silently. No, I was not grabbed or kissed by Donald Trump, and no, Bill Clinton didn’t drop his drawers for me, BUT for every woman who has been through that experience with any man, it is once again visceral for them. Old wounds, long thought scarred over, are red and raw once more.

This morning I listened to commentaries and pundits talking about being skeptical about the timing of these things, and why it’s coming out now. How could these women have remained silent for so long? How could they even remember what happened that long ago. It was years, so is it really relevant now? Well, let me enlighten you. 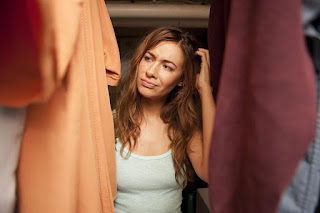 First, imagine being young, idealistic, energetic, with a whole world in front of you, but each morning, as you get dressed, you look in the mirror and wonder if you are making the right choice. You know, as a young woman, your clothes, nylons, shoes, hairstyle… everything… will be up for scrutiny. You consider what lies ahead of you that day, what’s on your agenda, and which co-workers you will be working with, knowing that if it’s this one, you should be wearing slacks because otherwise you will be in a wrestling match again when he tries to slide his hand up your skirt. You weigh in your mind how much photocopying you will have to do that day, because you know the photocopier is across the hall from an office of a man who seems to think that bending over to reload paper is his personal invitation to be an ass. You have to think about all these things, every day, before you even consider walking out the door… all just to do the job you are hired to do (at less money than your male counterparts, who obviously are considered more worthy than yourself). 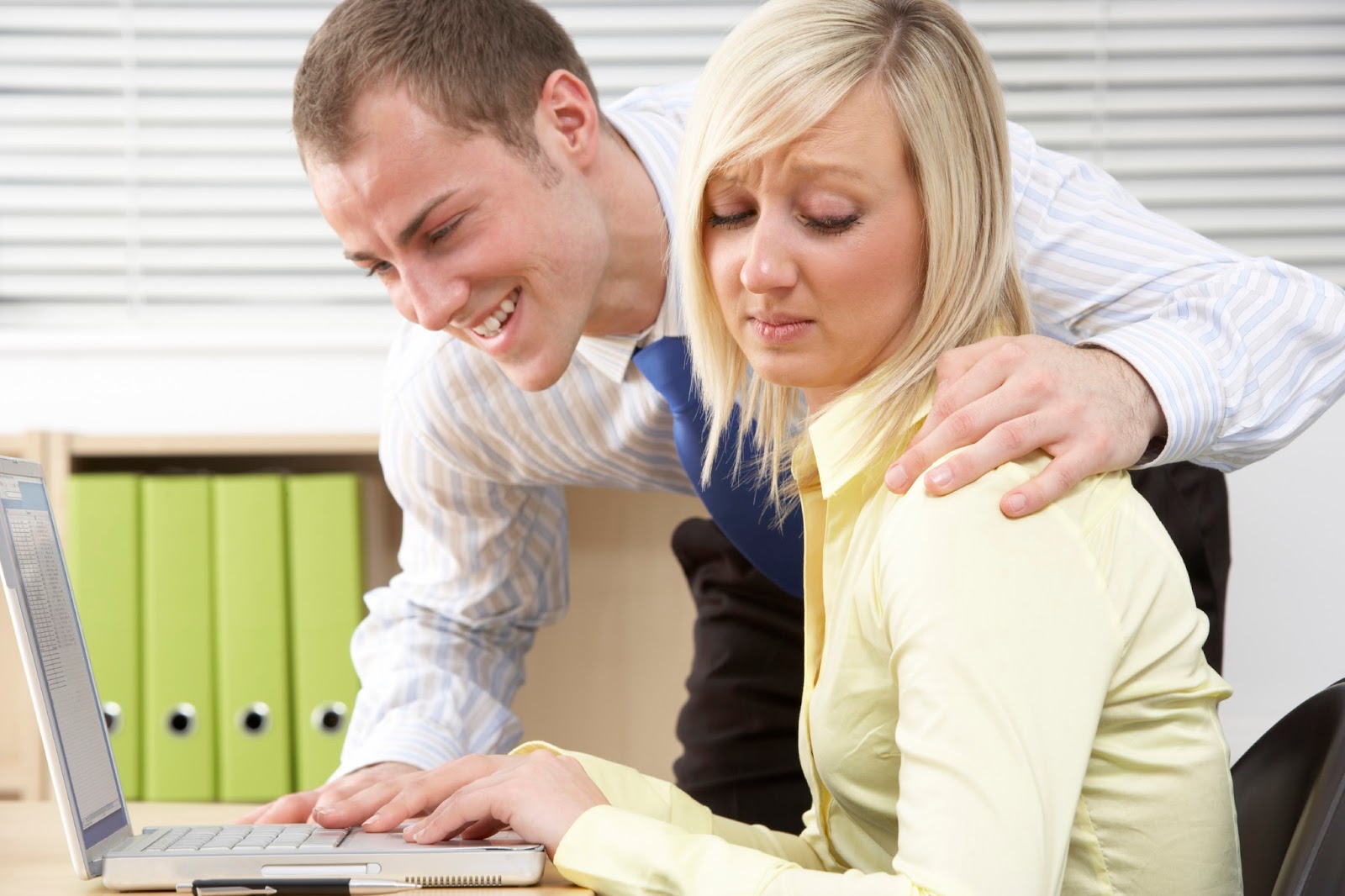 So, you get to work. One of your male supervisors leans up against the wall when beside you, looking at your chest as he talks to you, not even making an attempt to hide the entitled expression on his face. You dressed for him. How nice. Well, not really, but that’s what he says, and you know if you say anything to correct that, you will pay for it. Another leans over your desk, invading your space with his halitoxic (yes, patent is pending on that word) breath because how could you get through the day without him stopping by to say hello. You have to put up with wolf whistles as you walk down the street and strangers yelling at you to smile; you worry about who might reach out to touch you, both on the street and in your work environment. This is all just in the first half hour of your day – every day. 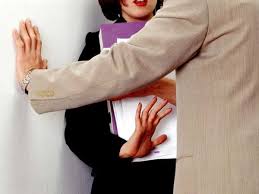 There are few women, over the last forty years, who have not experienced this to one degree or another. A torn dress, a ripped sleeve, a broken heel on a shoe: those are just the cost of being a woman in the workforce. It’s simply a fact – a sick, sad fucking fact. You have no recourse, especially in decades past. It was the entitlement of the men in the office to be assholes to the women. Not all the men were; there were many who were absolute gentlemen. They were generally the ones who had their work done first. That was our only show of protest at the time. 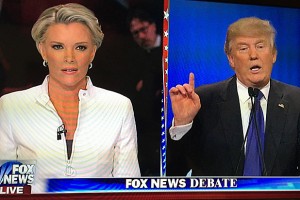 Women didn’t complain. They couldn’t. If you complained, your job changed. You got demoted. You missed out on promotions. The men talked about you more, viciously, hurtfully, lying about you among themselves, but making sure you knew what they were saying. They talked about their conquests. They talked to each other. They gave you a bad job reference when you tried to leave. That was all just for asking them to stop. You wanted it, but couldn’t handle it. You were a child playing an adult game. You dressed like you wanted it. You stayed through your coffee break so that must clearly mean you wanted that attention. It was just fooling around anyway, nothing was serious. If you laid a complaint, it would cost you your job unless you could prove it, and prove that you hadn’t instigated it. Not only did it cost you the job you were at, but it cost you any future ones as well. This isn’t rocket science, assholes. You can’t have it both ways. You can’t demand that we say nothing at the time then condemn us after the fact for remaining silent. 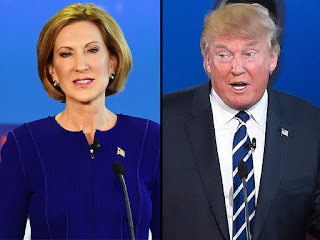 You didn’t report this behavior. You had no one to report it to. You didn’t ‘lay charges’ *insert riotous laughter here* because how were you to prove your case… not the case that it happened but that you didn’t ‘provoke’ it. You had absolutely no recourse then. To change jobs just meant you had to learn all over again who not to trust and who to avoid, and what to wear each day. In many ways, the old ‘devil you know’ thing definitely comes into play. 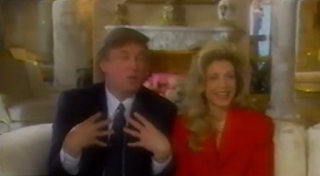 So, Morning Joe and the rest of you, why are women speaking out now, with just weeks until the election? Well, for starters, they probably didn’t believe that Trump would go this far, that people would wake the hell up and see this monster for who he is. Maybe when he lied in the debate and stated that he never does anything like this, it was the last straw. Maybe it was his surrogates stating that ‘no women were hurt’ or that it was just ‘locker room banter’ or that it really didn’t count because it happened anywhere from 1-50 years ago. Hearing those things from Trump is expected; hearing those things from other people, especially women, is infuriating and hurtful as all holy hell, because those people should, and I would argue that they do, know better. These are the truly vile individuals in this debacle. 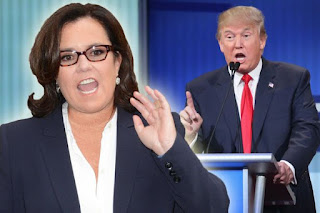 I will state, without any doubt at all, that at least 80% of women in the workforce in the last 50 years have experienced inappropriate advances from their male counterparts. I will also state with the same confidence that every one of those women, over the last two weeks of watching coverage of the election for President of the United States, is reliving those experiences, can remember every detail, can remember the names of the men involved, what they were wearing, and how they felt about it afterwards. It doesn’t leave you… EVER. 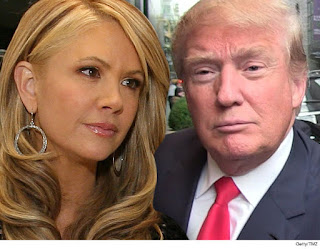 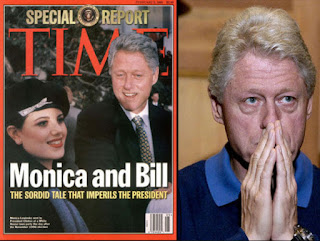 Why is this an issue in this election? Because Donald Trump wants to be the most powerful man in the world. He felt entitled before. Imagine now. Imagine the women he will abuse. He did so shamelessly, proudly even, for decades. It’s about his character. It’s about how he will treat female world leaders, female corporate leaders, any female he has to deal with. It’s because he is not mentally fit for the job. He wants to complain about Bill Clinton’s abuse of office in that way, yet he expects to be handed the same opportunities on a platter. If anything, if the Trump campaign had any brains at all, they would want the entire Bill Clinton issue to go away, because it should at the very least teach us that if they do it outside the office, they definitely do it inside, and that means a road of legal impairments and probably impeachment for Trump… at least if he is held to the same standards as Bill Clinton was – and let me say, those weren’t very high standards even then. Riddle me this, though: Why is it okay for Trump to bring up Bill Clinton’s behavior 30 years ago, and Hillary’s reaction to it, but not okay to mention Trump’s behavior even in the last week? Why is it okay for Trump to attack the women who are now his accusers, but not for Hillary to do likewise 30 years ago? None of them were right then, and it sure has hell is not right now to do either. 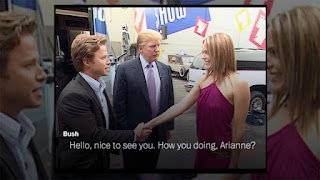 Oh, and Billy Bush… we know all about wingmen like you. We know that you are right in there with the rest of that basket of deplorables. Living your sexual fantasies vicariously through others, and helping to set women up for just this purpose, makes you as much a lowlife and the wanna-be presidential prick you stroked.
Posted by Bambi at 7:13 AM