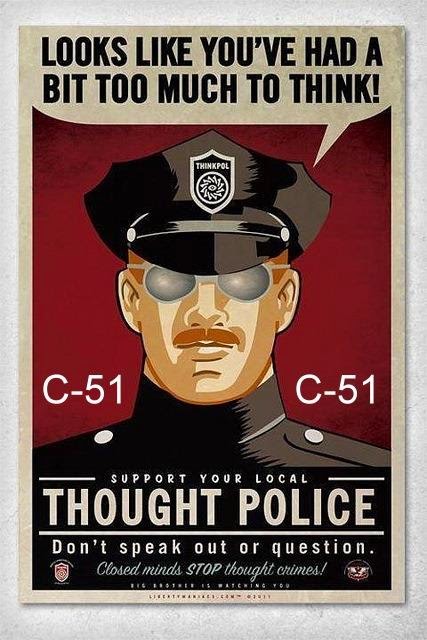 It’s time for a little reality check, people. It’s time to talk about terror... just a few home truths for you to mull over, because pretty soon, if we don’t pull our heads out of our asses, it will be too late.

Terrorism is the only thing we hear about on the news now. It’s all politicians are talking about, spewing their excuses for a new bill that will rob us of our privacy and our rights. You think it won’t impact you because ‘you’ve got nothing to hide’? Well, think again, and start paying attention. Get a copy of the bill and see what it does, what it allows, how it tromps merrily on your legal and human rights even if you are doing nothing wrong or you have nothing to hide. Read about how it offers nothing to enforcement that isn’t already there (other than demanding accountability). For Christ sake, we know that 6 kids just went to the Middle East to join ISIS. How much more do they need to tap into our privacy? Obviously what is already in place is working. 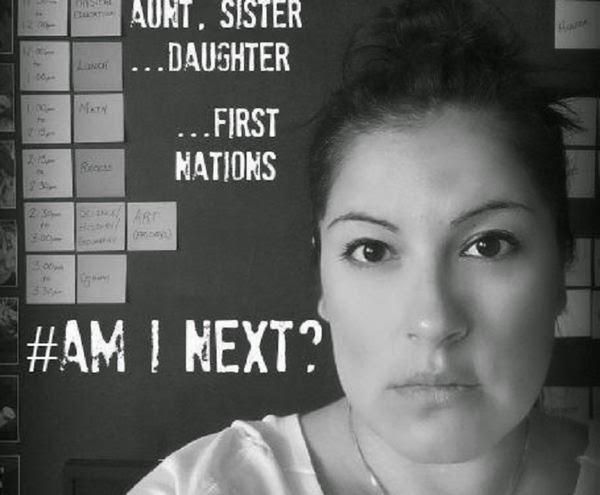 We have not had a terrorist attack, in the political parlance, in Canada. Neither of the two events of last fall, though tragic and horrifying, were ‘terrorism’. Murder? Absolutely. Heinous? Without doubt. Terrorism? Absolutely not! Actually, let me correct myself – we HAVE experienced terrorism in Canada. More than fifty women experienced it at the hands of Robert Pictin for years until someone actually decided to pay attention. More than 1300 Indigenous women have experienced it, and the rest live in terror, because no one is prepared to do one damned thing about them or who is murdering them with impunity. Apparently terrorism against First Nations, something that is very real in this country, takes a back seat to hype and political posturing to pass draconian laws, making us the new Russia. There’s a handle we really want to bear. Harper/Putin, Putin/Harper – sort of makes no difference now, does it? 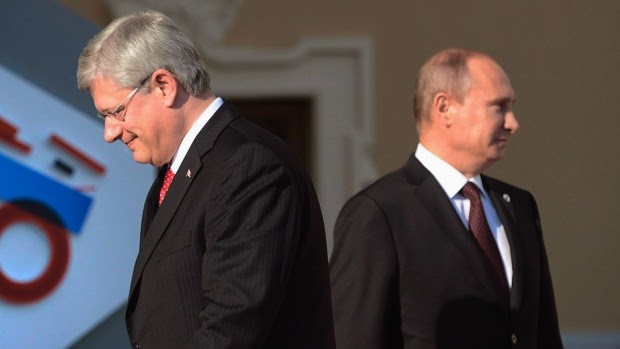 Instead of buying into these red herrings that are intended for two purposes, and two purposes alone (neither of which involves giving a damned about you, by the way), pay attention to what they are trying to get you to not look at. That’s the first step. This ‘war on terror’ is about having a means of ruling through fear and distracting us, and it supports the old adage that war is money. If you think that there aren’t about a dozen people in North America getting extremely rich out of all this hoopla, who aren’t sitting there rubbing their hands at every mention of the ISIS or ISIL, because it means the taps are free-flowing cash into their bank accounts, then you really are not paying attention. Today’s wars are about money, and nothing more. Just check out the accounting ledgers for Dick Cheney and Halliburton if you have any doubts about this truth. 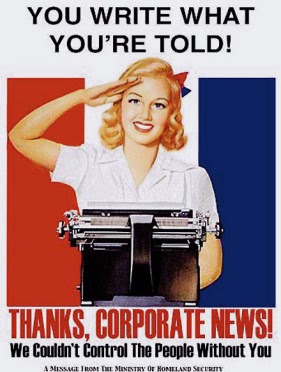 But let’s also consider the terrorists. Yes, ISIS does exist. Why? And why does no one ask why? If... and this is getting to be a pretty big if... if we had true journalists, they would be learning and sharing the basics. They wouldn’t be beating the same story over and over, telling us how scary these people are, glorifying them and their cause in the eyes of young people searching for something... anything... to explain the hardships they face in their own lives. Who supports ISIS and where do they get their money? Hmm, yeah, they won’t bother with that one because of the deal struck with the Saudis years ago. We send weapons and military supplies over there, despite our own laws that state we cannot provide those things to any country that has a poor human rights record. Where else do they get their money? It’s time to look into that, and no, I don’t mean the $15 bucks someone sends them because their mosque got vandalized and they are upset. They have real money, and they are getting it from somewhere. 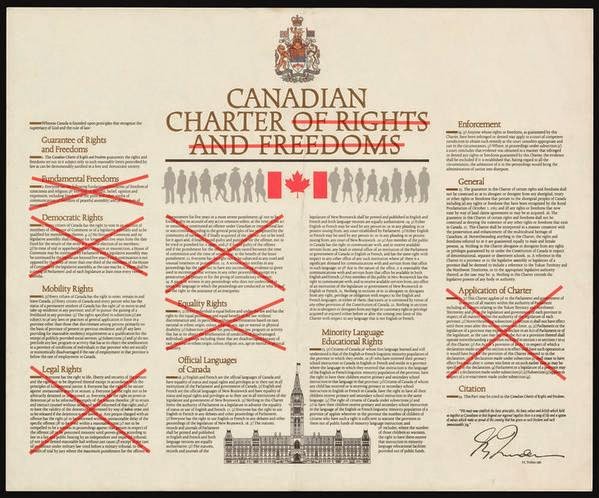 But again, let’s look at why. Why is this happening? Well, for starters, we have judges now in Canada who partake in religious persecution, refusing to allow a woman to wear a scarf over her head in a courtroom... even go so far as to say that it is the same as sunglasses or a ball cap. That would NEVER happen to a Catholic nun wearing a wimple in the same damned courtroom. Obviously the first battle in this fight against terrorism is to beat down our own ignorance. How about we learn something about these different religions so we understand the purpose of a hijab or why men wear a turban? Seriously, it’s a bad day when you don’t learn something new, so let’s start. Instead of taking religion out of the classroom, bring them ALL in, teach about all of them, because in understanding them, the fear goes away. When the fear goes away, all of the asinine prejudices also go away. Hatred and fear go hand in hand. One is the tool of the other. Education goes a long way to stopping both. It’s not an attack on Christianity to learn and appreciate other religions. If you are that insecure about your own faith, you have bigger problems than terrorism. You think there is a war against Christianity in North America? Yeah, well, that’s really just a convenient excuse to justify your hatred. Don’t try coloring it any other way, because you are fooling no one. 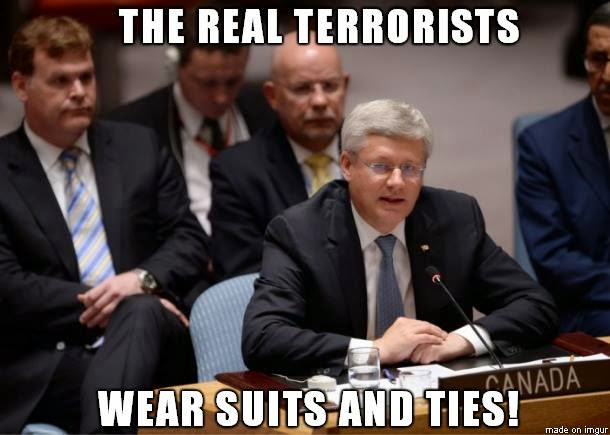 How about we demand our politicians deal with some of the other issues that feed terrorism? How about we demand that they deal with the outdated and prejudicial laws that result in the overcrowding of prisons? How about we guarantee that people of other religions and cultures are STILL entitled to the same human and legal rights we are? How about we demand they address the issue of affordable education, housing, and child care? Create programs for children to help them express themselves and to help them learn even more, so they don’t end up in gangs or prison. Teach inclusiveness; it has to be better than the platter of divisiveness and hatred the politicians and media serve up every damned day. How about we start easing the tax burden on regular people, and insist in fair pay for a day’s work? Keep giving corporations their tax cuts, but for keeping jobs at home and demanding they pay a wage that people can truly live on. We’re all struggling, as costs of energy, housing, food, clothing all go up, and wages stay stagnant for years. 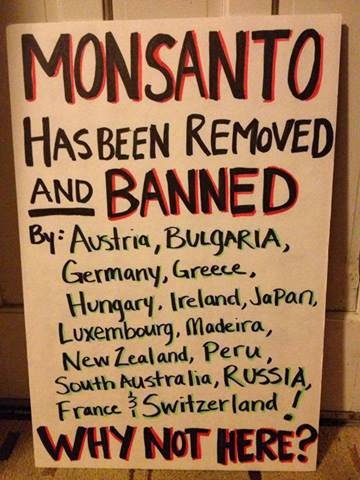 How about we start worrying about the environment, if for no other reason than it will cut back on health care costs and on time lost at work for sick days? You want a fiscal reason to give a shit about what we drink and the air we breathe? There you go! What about getting rid of the GMOs and chemicals in foods – you know, the ones the government shoved down our throats with their asinine, self-serving deals with companies like Monsanto? Why is someone who wants clean water called an ecoterrorist, but the people who fill our food and water with harmful, unnecessary crap are not considered terrorists at all? How many people have died from poisoning or cancer from what is in their food, water, or air? One hell of a lot more than have died from terrorism here. Young people are robbed of hope right now, and who can blame them? They know there needs to be change and trying to work within the political system just isn’t doing the job anymore. They see politicians for what they are, they see the examples of extremism set by politicians and religious leaders, and they figure that’s the only way to combat the problems. 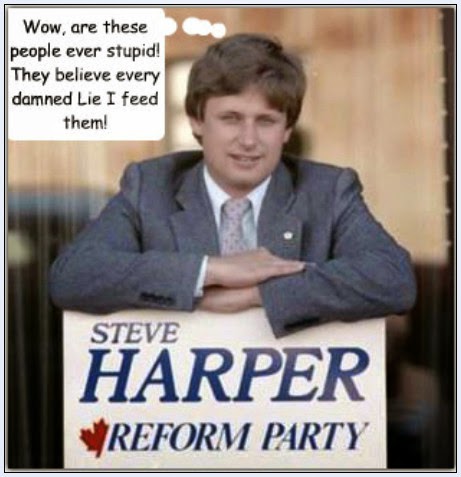 Yes, there are huge issues in the Middle East. If we stop playing the petroleum game, though, a lot of those will stop. If we start caring about poor countries without oil, and help them to develop, there is another nail in the ISIS coffin. If the Canadian government follows through on the pledges of aid that were promised, instead of conveniently putting that money into their ‘slush’ ledger to then claim as money raised against the deficit, we again help others fight ISIS, or Boko Haram, in their lands. We have more than enough oil here to be self-sufficient, especially if we start to embrace green energies, implementing them to take that much more pressure off fossil fuels. When the hell did the principles of green energy and environmental awareness make us the enemy of a whole nation? Think about this for just one minute. Why is it wrong to want to protect our planet and our lives? No one is saying that there can be NO oil or gas, but it should be done reasonably and responsibly. We’re going to look pretty damned dumb when we have oil spurting everywhere, but we’re all dead because we have nothing to drink, or we all have cancer from our polluted waters that are used as toxic dumps for mines. 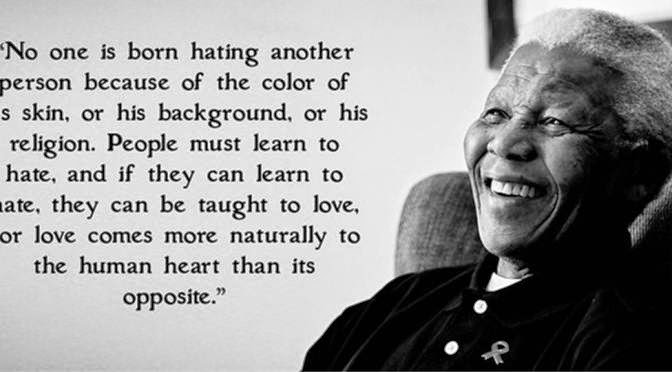 Start paying attention to these little basic facts, and all of a sudden we won’t have the issue of terrorism raising its head. Start to deal with health issues and mental health issues, add some respect and tolerance, have a media that spends as much time on stories about the environment as they do right not on terrorism (and yes, they do cherrypick which stories they cover. Don’t let the bamboozle you otherwise), and suddenly you have no reason for people to want to go to the Middle East to join radical organizations. Toss in some compassion, education, and not looking at every god damned shiny bit of foil the government tosses at us to be distracted – that’s how we combat terrorism; not with bills that rob us of our own human rights and put us at even more risk. When ANY government proposes that there are only two extremes to an issue – you either support them unquestioningly or you are ‘soft on terror’ – they are being 100% disingenuous with you. They are lying to you, and that is why they feel the need to rely on extortion. What we’re doing right now, with talk of the war on terrorism and C-51 and the fear mongering our government and media has gotten so good at, is ensuring that this battle will go on forever, and the taps of cash will flow non-stop into those dozen bank accounts in perpetuity. 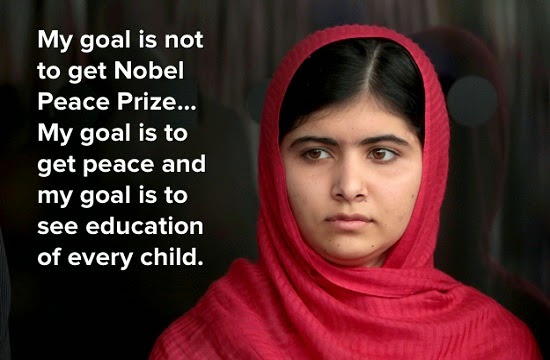