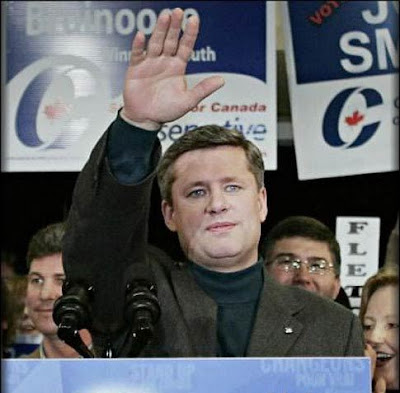 DATELINE: OTTAWA – Although I have heard many completely asinine fucking ideas come from politicians, the depth of the stupidity of Comrade Harper still astounds. He wants to change the national anthem? THIS is what he has spent the last 3 months thinking about? While people are losing jobs, losing homes, losing their fucking lives because of the problems in the health care system, he was sitting on his fat fucking ass, watching the Olympics on our dime, and thinking “Gee, I think the people of my world will love me if I change the national anthem.” FIX THE FUCKING COUNTRY, YOU EGOMANIACAL IDIOT! That he would even try this smoke and mirrors crap while we still have so much that needs to be taken care of, LIKE A HUGE FUCKING DEFICIT, he wants us to learn new words for a song. But being truly Canadian and politically correct to a fucking fault, I will sit back and work on my plan to milk this stupidity for all its worth (which ain’t really a pinch of rat crap). So, bearing in mind that none of us will remember the new fucking words, I am starting my marketing on the Patriotic Palin Plan Pen... so we can write the words on our hand for when we need them.
*Stands, hold arm out in straight-armed solute and starts to sing* Ohhhhh Harper-land... *checks hand for the rest of the fucking words*

DATELINE: NEW YORK – I love the thought of flying in to one of the US’s busiest airports and knowing that a pre-teen is calling the shots from the control tower. Yes, I realize that the child’s father was there, BUT his child was obviously the one on the radio and the one in control should there have been an incident that required immediate action. In light of another recent incident of an air traffic controller chatting on the phone for a moment and missing the circumstances developing that resulted in a crash, you would think that the rest of the industry was a tad more astute. These are fucking planes you are directing. When they crash, people die... lots of people, both on the plane and in their houses on the ground. This shit happens in the blink of an eye, so no, I do not believe the incident has been blown out of proportion. You are responsible for people’s lives, so fucking act like it, please.

DATELINE: BERLIN – Police raided a monastery in southern Germany yesterday. They were looking for evidence linked to a series of complaints of sexual abuses that took place both in the 1950’s and then for a period including the 1970’s and 1980’s. That is thirty fucking years of sexual abuse. You mean to tell me that NO ONE in the fucking joint had any idea what was happening? This whole attitude of entitlement on the part of the Catholic Church is totally inexcusable. Since January 1st of this year, just over two months, there is an estimated 150 NEW individual reports of sexual abuse involving the Catholic Church in Germany. Wow, a whole new fucking batch of priests unable to keep their hands off the altar boys. Be ashamed... because there is no way others didn’t know this was happening and either stood back to watch, ignored it to let the child suffer, or felt it was an invitation to participate. This crap has to stop. Pope Benedict, clean out your own fucking closets before you start going to other religions and other world leaders to tell them how to clean out theirs.

DATELINE: WASHINGTON, DC – I love Toyota’s new slogan ‘Committed to the Right Fix’. It might actually fucking mean something had it not been for the people ALREADY returning to their Toyota dealerships and the government to report that they had their cars fixed, but the cars still accelerate on their own. Well done. Now you have a slogan that is blowing smoke as well. On Tuesday, though, in an attempt to help rebuild flagging customer loyalty, Toyota offered two years of free maintenance to any Toyota owner who comes in and buys a new one. Don’t get me wrong, but offering MORE free maintenance does not bode well for your own confidence in your fucking product.

And now, it the land of the class-action lawsuits against Toyota, the Pontiac Vibe has been added to the list of cars that could have actionable problems. Because this vehicle was produced by Toyota in a joint GM/Toyota project that ultimately failed, the Vibe has the same fucking problems... it’s just that Toyota is probably hoping like hell that no one figures that out. ‘Committed to the Right Fix’ might just be a bit too little a whole lot too late.

DATELINE: WASHINGTON – This is a Bambi Public Service Announcement. DO NOT PEE ON FALLEN POWER LINES. After hitting a power pole with his truck, a man in Washington State climbed out, called for help on his cell phone and then decided to relieve himself in the ditch while he waited for a tow out. The power line had fallen into the ditch though, and when his took his wiz, the charge travelled up-stream like fucking salmon in the fall, and killed him. Who would have known that piss is a fucking electrical conductor? Please note that on issues such as these, Bambi takes the high road and does not go for the cheap fucking wienie roasting joke.

DATELINE: LONDON – Some of you may remember the absolutely horrendous murder of two-year-old James Bulger twenty years ago. He was taken from the mall by two ten-year-old boys, beaten, tortured, killed and left on a train track to be cut in half by an oncoming train. The two boys responsible were tried in adult court because of their full knowledge of what they had done and because of their apparently lack of remorse, and were sentenced to Life. However, both were released after 8 years, so they still got to live their full lives free, with new identities and lives provided by the British government. Now, one of these little pieces of shit, Jon Venables, is back in jail, where he belongs, for breaching his parole conditions. Although the nature of his breach is not known, the Minister of Justice for England has stated that it is definitely in the publics’ interest that he be returned to jail. After the money spent on getting this little monster back into society, it would have to be one hell of a parole violation to make authorities act. So, I am missing something. When the fuck did a life sentence for murder become just 8 fucking years in custody? When the hell are the court systems going to wake up and realize that when a jury says ‘Life’ it’s for a fucking reason. It’s to be hoped that no one was further harmed by the failed experiment that was Jon Venables. My heart goes out to little James Bulger’s mother and family, who still are being tortured by Venables and the system. They have more than a lifetime of hell. They deserve better.
Posted by Bambi at 10:04 AM